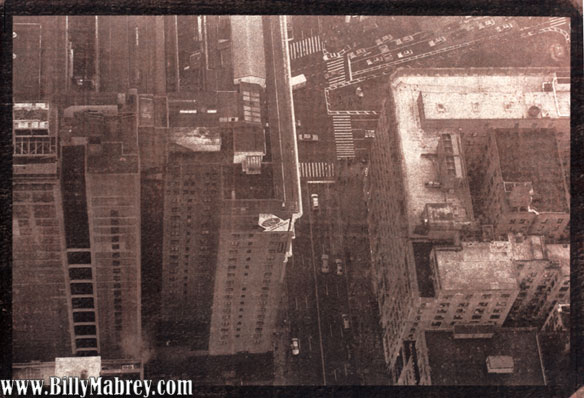 Gum Bichromate Prints in today's culture are more or less tucked away as an alternative process of photography, an alternative first to the standard silver gelatin process, and now to the digital reformation of photography. It is now of interest, perhaps, only to photographers searching for their own voices in an unconventional medium with a rich vocabulary.

It is more important, I believe, not to solely narrow in on the evolution of the gum process itself as some alternative process, but to realize how the gum process is in every way as fundamental to photography as silver gelatin prints or digital photography.

What each way of making photographs have in common is that they are all methods of recording light. The term 'photography' was coined by the astronomer Sir John Herschel in the mid 19th century, but man's understanding of light traces back much further in history then you might think.

Ancient philosophers such as Aristotle and the Chinese philosopher, Mo Tsu, noted funny occurrences when light passed through a small hole onto a surface. Mo Tsu saw that light coming from up high would pass through the a hole and project low, whereas light from low would pass through the hole and project high. He realized that light behaves like an object, it moves in straight lines, and is affected by objects.

Aristotle questioned why the sun shining through a small rectangular hole would still project as a circle. He also saw that during an eclipse, the sunlight shining through little holes between his fingers would cast the crescent shape of the eclipsing sun. The ancients also noted that particular substances could change upon exposure to light, like the green color of vegetation or the fading of colorful fabrics.

By the renaissance, and the end of the dark ages, many had again come to note these odd occurrences of holes and light as a description of the linear geometry of light, or that light travels in straight lines.

These ideas allowed for the development of linear perspective in drawing and painting by Leon Battista Alberti, where he conceived the idea that light rays from the world converge upon the eye like the tip of a pyramid. An exact image of the world can be created by use of the picture plane, an imaginary cross section of his pyramid shaped visual field, that acts as something like a window.

Soon after, it was realized that his hypothetical picture plane could be realized with a hole or lens projecting light onto a semi-transparent screen, whereupon an artist could trace the outlines of real images. The device of the ancients wonder was further developed and came to be known as the "camera obscura" or "dark room".


Johann Heinrich Schulze while attempting to repeat an experiment in 1727, accidentally used impure compounds and ended up with a strange substance that darkened in the sun's light but did not darken with heat. He published his result and people all over Europe repeated his experiments in fascination. Thomas Wedgwood used Schulze's compound and spread it upon paper and leather and made sun prints of things like leaves. However, much to his dismay, the amazing records of shadows and light were fleeting, eventually darkening as more light exposed them over time with no way known of stopping it other then hiding the prints away in eternal darkness. Attempts were even made to capture the camera obscura image, with little or no success. The pieces were in place for photography to be born. If only there were a way to permanently brand lights image onto paper.

Nicephor Niepce finally did it 100 years later in 1827 with his process of the Heliograph. Soon after many other ways of recording images of light were discovered by Daguerre and Sir Henry Fox Talbot. In 1838, Mungo Ponton in a variation of Talbot's techniques found that the chemical Potassium Bichromate became less soluble in water with further exposure to light. Fox Talbot had noted that organic colloids (things like gelatin and gum arabic) also became insoluble when mixed with the dichromate and exposed to sunlight.

Alphonse Louis Poitevin realized in 1855 that pigment mixed with the colloid, Gum Arabic, would be trapped in the resulting insoluble material, and permanently attached to the paper. Other colloids used were egg whites and gelatin. Gum Bichromate printing was born as a permanent way of keeping light.

In the 1890's photography was in its infancy of becoming an established art, rather then an industrial process of recording and duplication. Many photographers were striving for acceptance as artists first by emulating painting. Photographers made their lenses foggy or blurry trying to match the kind of mood that can be seen in the painter James Whistler's work. Subjects were picturesque, or dream-like. The movement was called Pictorialism.

Robert Demachy introduced his gum prints in Paris in 1894. They caused something of a fiasco among the critics on the qualification of gum prints as being photography. Critics said that there was too much of the artists hand, and gum printing resembled more drawing and painting then photography. Demachy insisted otherwise, claiming to be the exact opposite of a painter. Painters add pigment with the brush, he himself merely removes pigment to reveal the image the camera had recorded. Fredrick Evans, a photographer in stark opposition to Demachy's practice insisted,

"I am of the opinion that to dodge a negative in any way whatever, except the spotting out of unavoidable mechanical defects, is not art, but a miserable confession of inability to treat photography as a true art ....I contend that by due attention to the exposure of the negative and again to the positive, any artistic effect desired can be faithfully done by pure photography without any retouching whatever." *

In retort, Demachy said that an artist copying nature, whether by pencil or camera, was not making art. He thought it ridiculous that it was ok to tamper with the lens of the camera for artistic purpose, but it was taboo to touch the print. There was nothing wrong with working the print itself, combining different elements, destroying or emphasizing others. "The end justifies the means." Demachy declared, with a phrase still heard today.

In the end, Gum printing succumbed to the straight photography movement and slipped away into alternative process stature, among so many other processes. Alfred Stieglitz, Paul Strand, Edward Steichen, and later Imogen Cunningham, Edward Weston, Ansel Adams, and others made photography its own art, no longer standing in the shadows of painting. It was a new art of almost perfect detail, where the subject and the observer mattered seemingly more then the artists craft, hidden beneath the remarkable detail their images showcased. The silver gelatin medium took hold as the standard, and the explosion of older photographic mediums faded away into history books.

In the 1970's photographers began to re-discover many historical processes. Some were easy enough to find their way into photography classrooms over the years. Silver gelatin negatives made in the darkroom (as opposed to glass negatives) made the gum bichromate process even easier than it once was during the 19th century.With the coming of the space-age, electronic devices to capture light slowly trickled into the public's hands. Video cameras were the first, and as the internet grew and people found a new standard device, the computer, in their homes. Photography took the leap and has become almost entirely an electronic digital medium. 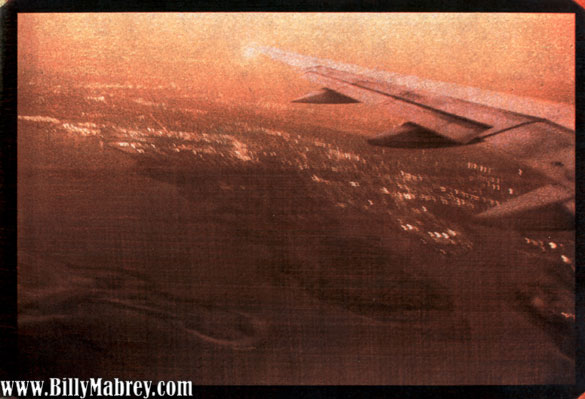 Today, Gum printing and other alternative processes can blend seamlessly with digital technology. Artists and photographers can use digital printing to create negative transparencies to use with these historical processes like Gum printing. No more glass plates or tedious darkroom replication is involved. Gum printing however still retains the original had crafted magic it once had, in spite of its marriage to digital technologies. I can attest: making a gum print feels very different then pressing a few buttons. This is what photography always was, mixing the old technologies with the new. It is from old ideas that we make new ones. If you see what has come before you, and create art from that, by whatever means, it will always justify the end.

Quotes and information from The History Of Photography by Beaumont Newhall.